Shocking news! Do you close the toilet lid before or after you flush?

Do you close the toilet lid before or after flushing? We know it’s quite a personal question, but there is a very good reason why we ask. And we’re warning you now, it’s not pleasant…

If you close the lid after flushing the toilet, thousands of aerosolized droplets are fired into the air. And as we’re sure you’ve guessed, these droplets contain anything from bacteria and viruses to faecal matter. Many scientific studies have been carried out over time, and have shown that these droplets can travel up to 15 feet above the toilet.

Not only does this make your washroom smell and ultimately be unhygienic, it also spreads germs and viruses including SARS, norovirus and influenza.

Believe it or not, it’s common

Alarming recent research by Harpic has shown that 55% of people do not close the toilet lid before flushing. If you have a washroom with high footfall, you can begin to see how big of a problem this can be.

A study in 2015 looked into the hygiene of 4 public washrooms and found 77,000 different strains of viruses and bacteria. These areas were only then recontaminated within an hour after cleaning. So although regular cleaning is important, it won’t eliminate the issue.

How can I keep my washroom hygienic?

Of course regular cleaning of your washrooms remains important. But there is a product that has been proven to continually reduce airborne levels of bacteria and viruses in washrooms: The Airsteril ​​Ultraviolet (UV) lamp unit. 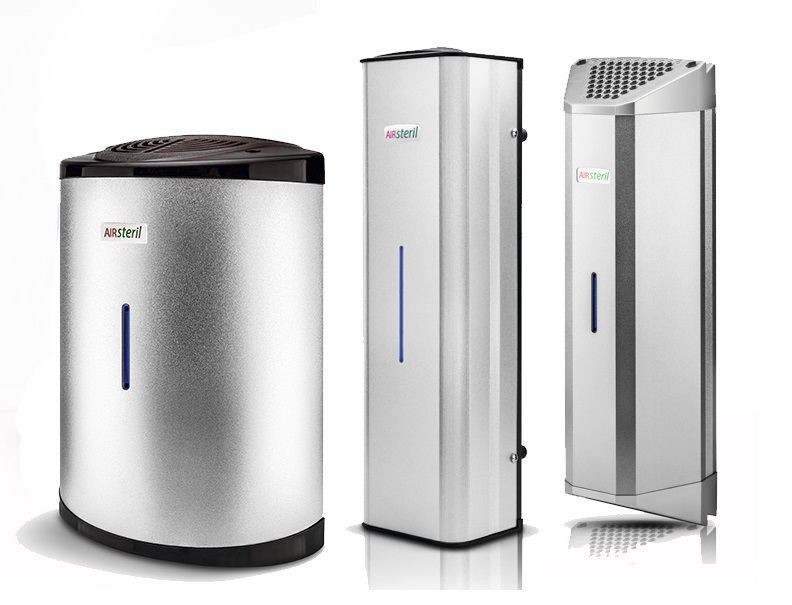 Airsteril units draw in dirty air and turn it not only into “clean air” but also “cleaning air” which circulates throughout the room eliminating odours and targeting the cause, reducing bacteria, viruses, mould and fungi. Laboratory test results include over 99.99% reduction of airborne microorganisms in a 75m3 room.

A study that was conducted at a motorway services washroom showed that after using Airsteril units, there was an average of 53% reduction in airborne levels of microorganisms, with a peak reduction of 62%. And this was even after they had introduced more cleaning protocols (such as more frequent cleaning and low flush toilets with sealed lids).

Do you want to ensure your washrooms are highly hygienic? Talk to our experienced team about Airsteril units. As well as the units, we will also provide you with stickers to place in your premises to show your staff and customers that you are using Airsteril. And after the 18 months we’ve had, people will be interested to know what you are doing to reduce the spread of bacteria and viruses and keep them safe.

Our team work throughout the UK, from London up to Manchester. We’d be delighted to help you in Birmingham, Nuneaton, Coventry, Oxford, Warwickshire, Leicester, Northampton, Nottingham and further afield.