A huge well done is in order for Lee Wright, the Operations Director at Hygenie, and team. He and 12 others climbed the 3 Peaks to raise an impressive amount of money for a charity close to their hearts. We asked Lee to write up his experience…

“In aid of Parkinson’s UK, myself and a group of 12 other hardy souls decided to set about attempting to climb the highest mountains in Scotland, England & Wales in 24 hours over the very warm August Bank Holiday. These mountains included Ben Nevis, Scafell Pike and Snowden, also known as ‘The 3 Peaks Challenge’. I must say it was no mean feat with ageing dodgy knees, backs, and feet for those of us in our advanced years!

The group and our 2 support drivers set off in the early hours, and after road closures and heavy traffic, we eventually arrived at ‘The Ben Nevis Visitor Centre’ in high spirits ready to start the challenge and set the clock ticking. 5 hours later we were down to 11 with 2 returning before making the summit. Realisation hit us – this is going to be tough.

On to Scafell. Again poor traffic and diversions meant we were behind on schedule, but we finally arrived, albeit with muscles already aching. Unfortunately Scafell claimed another 2 not making it to the top. So we were down to 9 and on to Snowdon.

Really aching now and feeling the effects of no sleep we needed to get up and down the highest mountain in Wales in around 4 hours! I am really pleased to say we managed it, with the last 2 coming in with 4 minutes to spare!

Thanks to many kind donations we were delighted to have raised £2300.00 for Parkinson’s UK.

What is Parkinson’s Disease?

Simply put: Parkinson’s is a progressive neurological condition. This means that it causes problems in the brain and gets worse over time. The number of people diagnosed with Parkinson’s in the UK is about 145,000. That’s around 1 adult in every 350.

The charity Parkinson’s UK is one very close to our hearts, especially mine. My father was diagnosed with this devastating disease a few years ago. 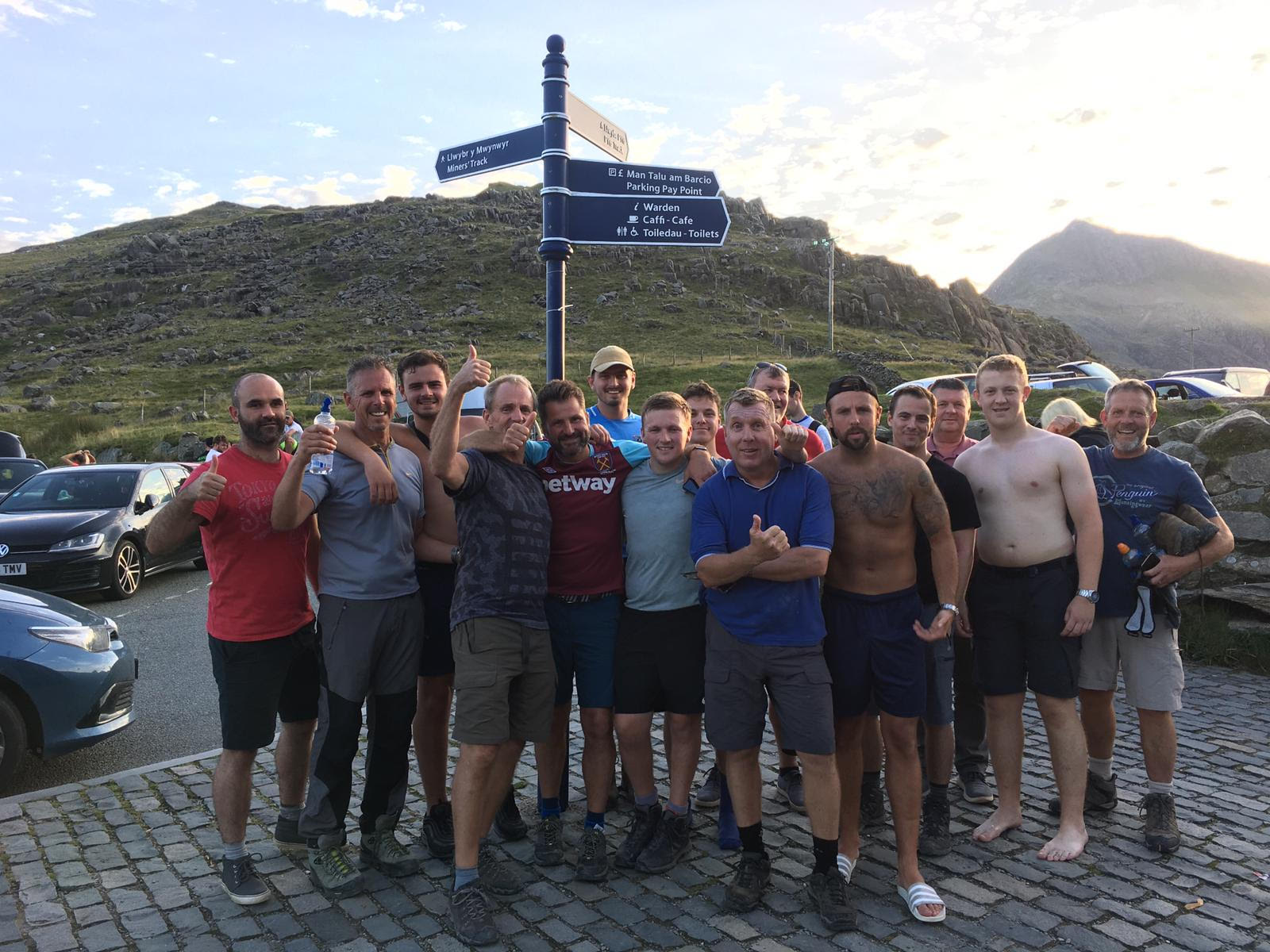 The photo above is of the group at the bottom Snowdon. 9 out of the 13 completed the challenge, and I’m thrilled to say I was one of them. It was extremely tough but thoroughly rewarding.”

Well done Lee – the team at Hygenie are very proud!